This project is an opportunity to travel with the mind and reach far away places, and a reflection about the role that plastic plays in our lives.

While talking with my friend, I started thinking about the potential that every object that we buy has. In particular, I reflected on plastic bottles as they are one of the most common objects that surround me. 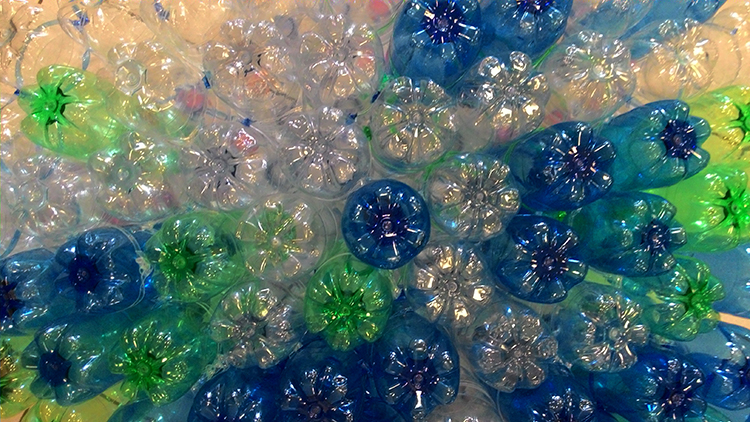 They are watertight seals, so the choice was to invert their function. I wanted to make a custom project, linked to the territory and one of the distinctive features of Trieste is the sea.

The opportunities that this topic offers are infinite, but I chose to build a boat.

The shape is strictly connected to the original object. This can be seen as a link or as an opportunity.

The best way of tying them together is the structure of a crystal: six bottles tied around a central one. Although, the biggest challenge was to be 100% coherent to the recycling problem, so what keeps them together is a filament obtained from the bottles themselves and tied together. The process is quite easy, despite it is not so granted: it consists in peeling the bottle with a cutter, as if it was an apple. The biggest issue are the structural decorations on the walls that make the filament break. Once the technique is mastered, they’re not a problem any more. As a conclusion, there is no other material other than water plastic bottle. 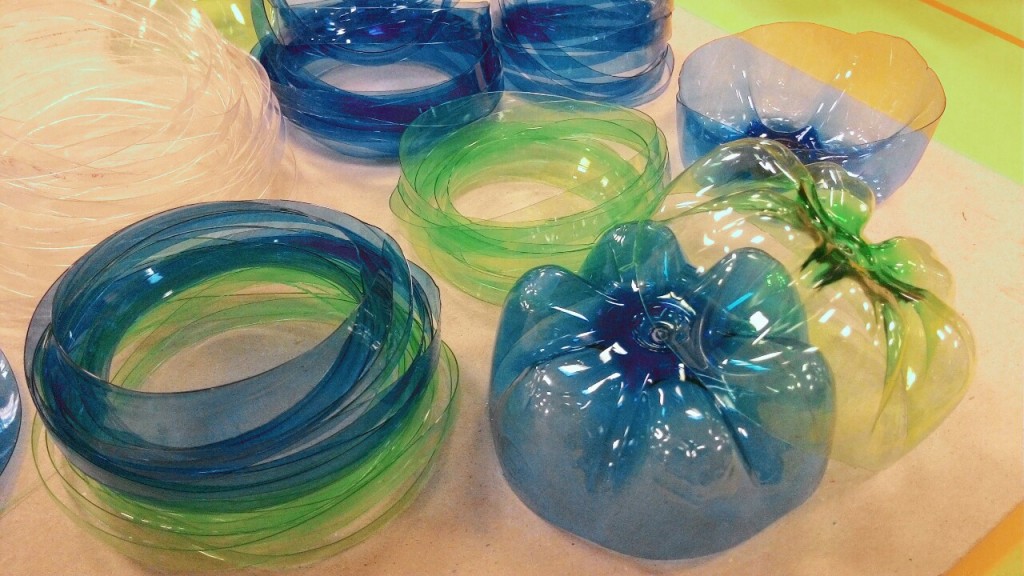 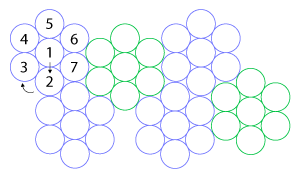 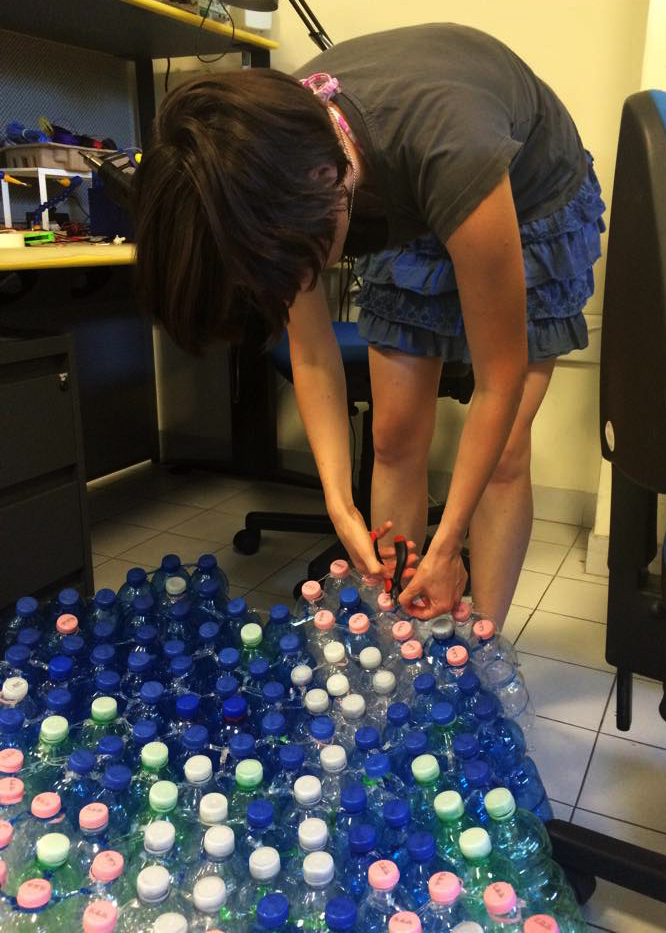 I was involved in “The Local Artist is Present” project in September 2015, where I had the chance to explain Barchimede and the idea behind it.  The music was played by Andrea Sanson from Alkene and Federica Purgatori interviewed me.