“Siamo fatti della stessa sostanza dei sogni” once Shakespeare wrote.
My task was to write this sentence on a plexiglas board, I could choose the technique and the style, so I chose to emphasize the letters and the meaning of the phrase through calligraphy.
It was a good occasion to study writing, as it was my first calligraphy creation. The most interesting phase was the continuous flip from analogical to digital work.
The starting point was handwriting and it ended wit the laser cut plexiglass letters.
I think that this material perfectly resembles the meaning of the sentence. In fact, the transparency evokes the dreams because they are intangible. Whereas, the solidity of the PMMA represents the concrete part: us. 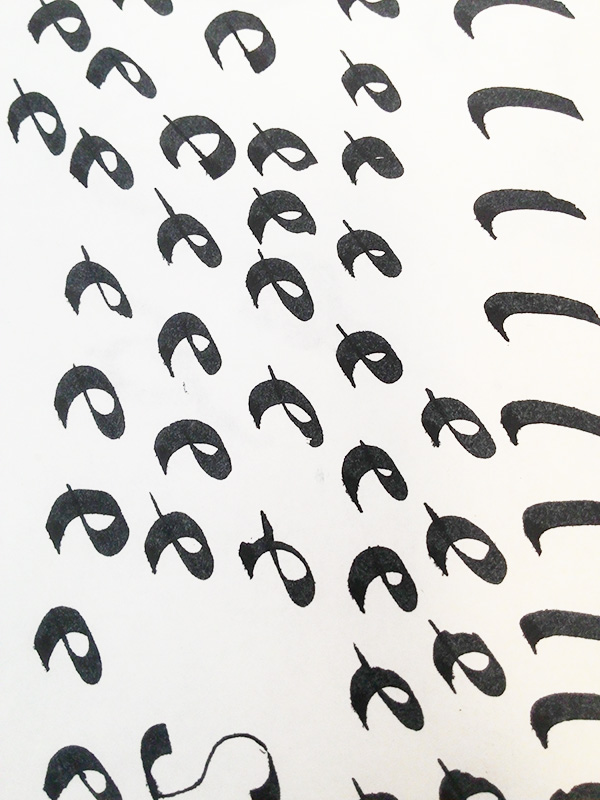 I had to start from the very beginning and gain confidence in using the pen. 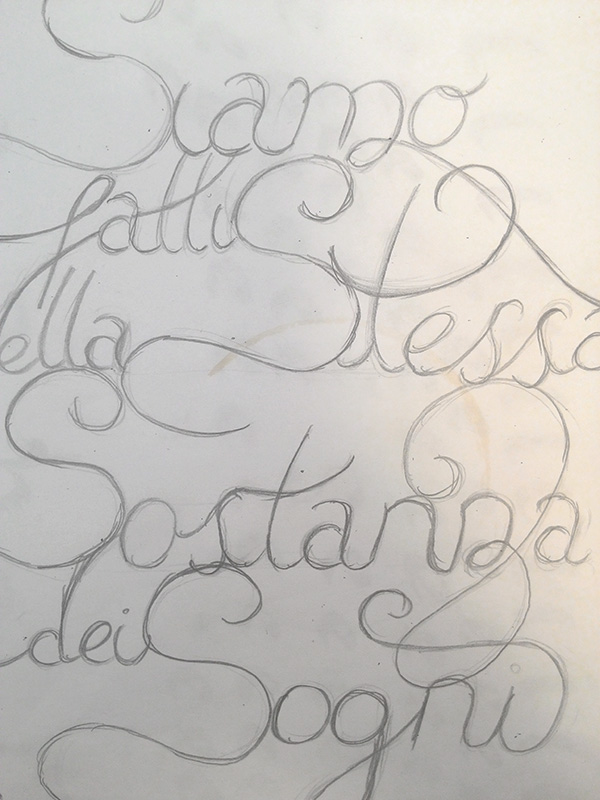 After a few days I found a satisfying design. The letters had to be either curly, as this is how I imagine the dreams, and the swirls are necessary in order to keep the structure solid. 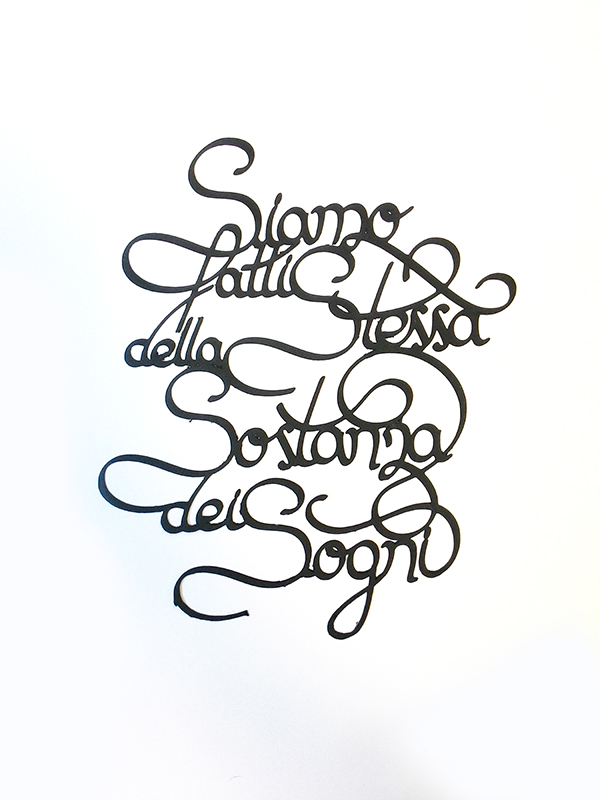 This is the first test, where I cut the final design on paper, using Silhouette Cameo. 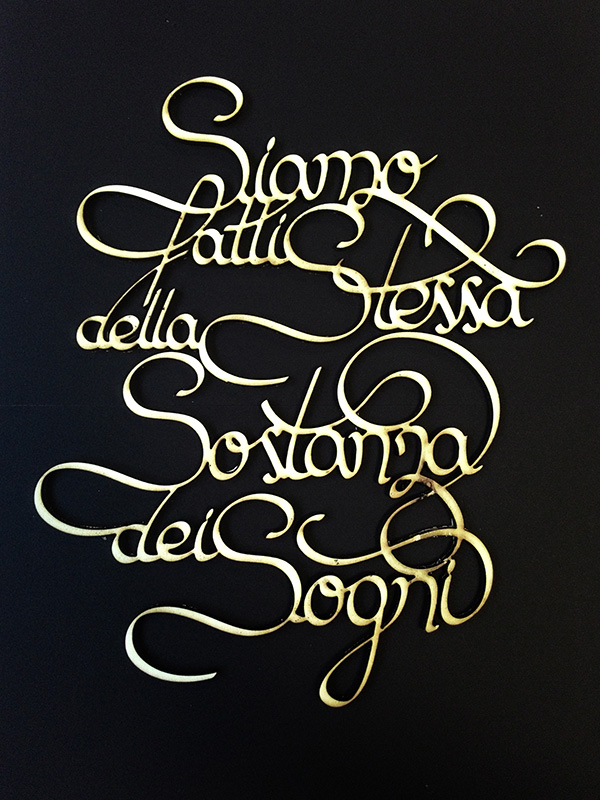 Before cutting the plexiglass, I tried to cut the letters on wood, so it would give me a better idea of the final result. 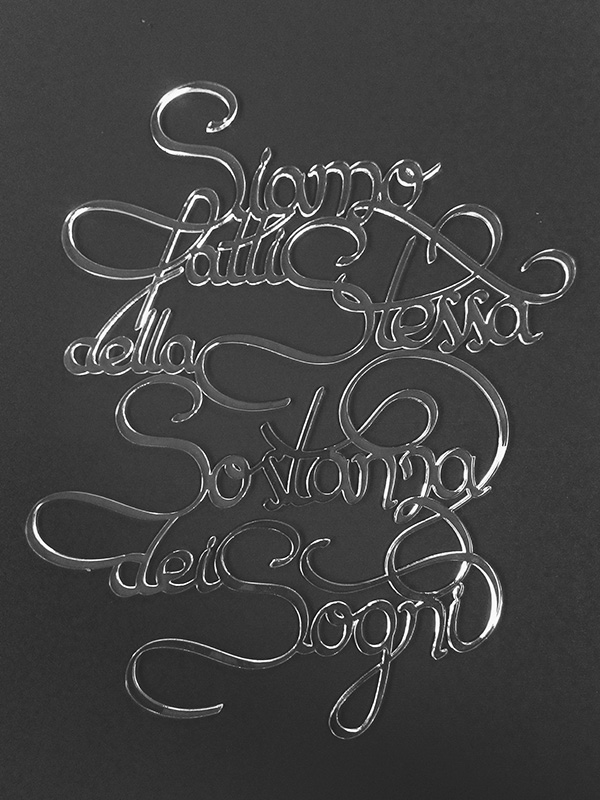 It took me one week to reach the final result of the work. It is transparent plexiglas on black paper.